Should Oregonians Vote to Legalize Marijuana? 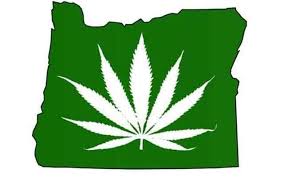 Mark Kleiman, one of the foremost thinkers on smart marijuana policy, has weighed in on Oregon’s pending ballot measure 91 for the legalization of marijuana. Kleiman starts by noting that Measure 91 is “noticeably less crazy” than the failed 2012 ballot initiative. However, he still sees it as flawed, primarily for the reason that it “does not reflect a sophisticated understanding of the problems of illicit markets or a nuanced view about substance use disorder.”

These flaws shouldn’t lead to Measure 91’s defeat though. Kleiman argues that Measure 91 is a response to the Oregon Legislature’s failure to act on legalization, and that the Legislature is much more likely to fix a flawed initiative than to pass one itself in the future: “Given the balance of political forces, it seems more reasonable to trust the legislature to rein in a too-lax legalization scheme than to expect it to do what no legislature in the nation has been willing to do yet: pass a full cannabis-legalization law.”

We agree. As the City Club of Portland concluded recently in a report recommending passage of Measure 91, “the social costs of the current system are too high.” Marijuana should be brought out of the quasi-legal state it has occupied since the passage of Oregon’s Medical Marijuana Program, people should not fear criminal charges for its use and possession, and it should be fully taxed and regulated as any other business activity.

We encourage Oregonians to vote yes on Measure 91. And we will be there for our clients navigating the new legal system if it passes.